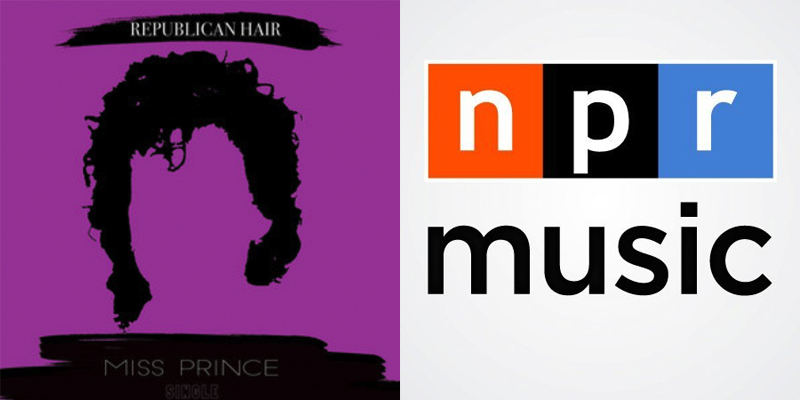 “Miss Prince,” the latest single from Dick’s unique and highly enjoyable band Republican Hair, expresses that grief via a funky beat that serves as a great coping mechanism. Written with fellow top songwriters Natalie Hemby and Trent Dabbs, “Miss Prince” takes to task an unnamed rising pop star who has all the right moves, but is missing that special Gold Experience-level essence. (It’s a little unclear whether the song’s narrator is an ex-lover of said ingénue, or just an avid fan.) The song’s chorus gets to the universals: “I miss you like ‘Let’s Go Crazy’ / I miss you like ‘Kiss,’ ” Dick sings in a psychedelic falsetto, naming some of the late Mr. Nelson’s greatest hits. “But I don’t miss ya like I miss Prince.”

With its infectious synth lines, Southern drawl and sly message, “Miss Prince” shows what’s special about Republican Hair, a band unlike any other in Nashville today. Dick, who’s also released some fine, atmospheric indie-pop under his own name, formed the band as a conduit back to the new-wave music he loved as a kid in tiny Cogar, Okla. He was able to gather some of the finest session-men in Nashville, who prove themselves more than able to conjure the spirits of Bowie and Prince — the titular spirits behind Republican Hair’s new EP, The Prince & The Duke — as well as bands like Talking Heads and Was (Not Was). Like his good friend Hemby, whose excellent album Puxico was released this year, Dick has a strong voice and vision in his own right, and it manifests in stories more creative — and funnier — than what Music Row usually offers.

Check out the full article here.