Check out my Interview with NPR 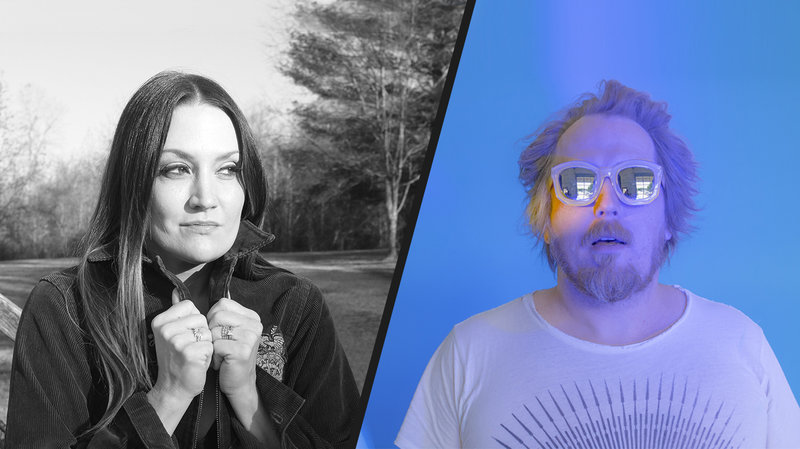 The names Natalie Hemby and Luke Dick have appeared side-by-side in the songwriting credits of some of the most ambitious albums generated by the Nashville mainstream in recent years. They helped craft Kacey Musgraves‘ “Velvet Elvis,” a disco-dosed declaration of affection in the key of kitsch, Dierks Bentley‘s “The Mountain“, a song whose burnished country-rock lands somewhere between bohemian and aspirational, and two of Miranda Lambert‘s recent hits; the quirky declaration of wanderlust “Highway Vagabond” and sly ode to flaunting low-budget accessories “Pink Sunglasses.”

“Filmmaker” is another credit that Dick and Hemby share in common; they’ve each made documentaries the focus on members of their families. Several years back, Hemby premiered “Puxico,” her tender portrait of her grandfather George, his tiny town in southern Missouri and its annual VFW-sponsored carnival, to a Nashville theater packed with peers from the songwriting community. Last January, she followed up with an album of the same title, containing the film’s nine sparkling, folk-country expressions of particularized, small-town nostalgia. This October, Dick, who’d previously only made short films and music videos, booked the same independent Nashville theater to screen “Red Dog,” his frolicsome, feature-length account of his mother’s long-gone days as an Oklahoma City stripper and single mom with an irrepressible survival instinct, soundtracked by his kaleidoscopic, primarily instrumental compositions and eventually bound for the film festival circuit and wider release.

On a recent morning, Hemby and Dick met up with this interviewer in the small studio behind Dick’s East Nashville home, a one-room structure furnished with a couch, easy chairs, a row of salvaged lockers, a computer recording rig and various stringed instruments where they’d conceived a new song together just a couple of days earlier. “This is my favorite place to write,” Hemby insisted, sipping coffee from a travel mug. After Dick distributed breakfast biscuits from a local bakery and lit his professorial pipe, the two frequent collaborators were ready to talk shop.

Jewly Hight: How did the challenges you faced in the process of making your first full-length documentaries compare?

Natalie Hemby: Mine was purely a passion [project] and I had no idea what I was doing. I don’t know anything about filmmaking. I love film just like anybody else, documentaries and that sort of thing. I’ve always been this person who thinks, “I bet I could do that,” and I just jump right in. …I was a cross country runner for a couple of years, and before my first meet I hardly had been practicing. I came in dead last. I sort of feel like my documentary experience might have been the same way. It took me five years to finish it. But my heart was so very into it.

So I meet [Luke] and see his seven-minute documentary (2013’s “Bread for Boppa“), and I’m like, “Wow, that already looks way better than mine.” [Laughs] However, what I’ve never cared about—and I feel this way about music—is the sheen of something. I care more about the heart of it. And I knew I had the heart of the story, and I loved the heart of his story even more.

Luke Dick: It’s not like I was Martin Scorsese or something, but me and my buddies had been running cameras and stuff for maybe five years in New York before I decided to take on a bigger project. So I [asked Natalie], “Yo, what gave you the balls to just jump on out there and rock a doc when you’ve never held a camera in your life? Kudos. And you finished it!”

NH: Finishing it was so hard.

LD: Finishing anything of that magnitude, to me, seems like [making] a dozen records or something.

NH: I had the balls. I just didn’t have the brains.

You both work all the time in a songwriting medium that can be as personal as you want to make it, but while you put your ideas into the songs you write with people, you’re not usually making it about you and where you’re coming from personally. Even as front man of his own band Republican Hair, Luke inhabits an enigmatic persona. And yet you both turned to filmmaking, a medium that isn’t typically autobiographical, to explore your roots. What kind of shift in perspective did that require?

NH: What brought it home for me was when my grandmother passed away. I was like, “It would be such a shame to spend all this time and not finish it and not give it as much time and attention as I could.”

I imagine it’s hard to be objective when you’re dealing with material that feels that close.

NH: Oh, it’s insanely hard to be objective. [Filmmaker] Jeff [Wyatt Wilson] was great for that. The thing I wanted to do was leave myself out of it, but he’s like, “No, that’s part of the story: You and your grandfather.” So I had to interject and write the narration. The music came gradually. [Songwriter] Trent Dabbs was a huge help with that. I just started collecting pieces as we started making the film that went with it. Obviously it’s not on all these formats and it’s not on Netflix and that sort of thing. I’m so glad I got to finish it and show it to Puxico.

LD: Can you buy that film on iTunes?

NH: You can buy it on DVD. I don’t even have it on iTunes! Maybe you can help me with that.

LD: Process-wise, I think that I had it easier than you, for a couple of reasons. One was that I had a partner [Casey Pinkston] who I’d been working with for years, who I trusted wholeheartedly. …We work well together. … The other thing we were able to do was hours and hours of pre-production. So I’ve still yet to sit in front of an editing screen. … He’s a stay-at-home dad, so this is the only project essentially that he’s doing. So we can pre-produce for three hours, talk about the film, then we get an interview, talk about that interview and how it fits in the context of the film. … There were a couple of shoots that I managed myself, but constantly we were able to talk about what the final product might look like and what we needed to finish the project in order to make it an arc. That was a real luxury.

With a documentary, it’s the great wide open in terms of what you think you’re gonna end up with and what you end up with. … All I knew was my mother was utterly compelling and if we had to, we could hang the whole movie on my mother. We ended up getting three or four other great stories, so we didn’t do my narrative. I had the same hesitation [as Natalie].