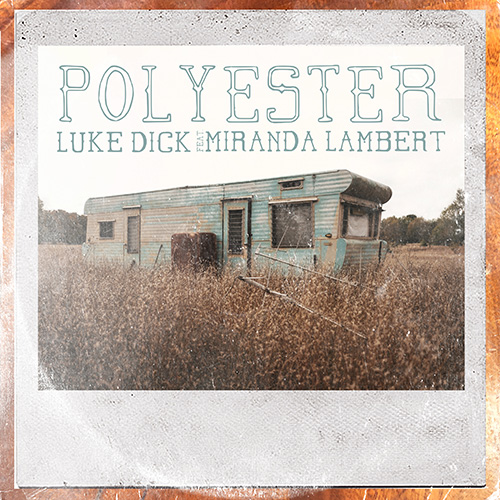 NASHVILLE, TN (Oct. 23, 2020) – Earlier this year, chart-topping songwriter and artist Luke Dick brought his unconventional childhood story to the big and small screens with the release of the documentary “Red Dog” to Hulu, Amazon and other digital platforms. The film which premiered at SXSW, follows Luke’s journey to learn more about the Red Dog, an Oklahoma City-based topless bar where his mother Kim worked while raising him. It features interviews and stories with former dancers, employees and patrons of the Red Dog. Luke carefully wrote, performed and curated the songs that appear in the film featuring some of his superstar friends and will release MUSIC FROM THE DOCUMENTARY RED DOG via UMG’s Ingrooves on December 4, 2020. Pre-save HERE.

The album features 13 songs plus nine interludes from the film that help guide the story. This includes the lead track “Polyester” featuring Multi-Platinum artist and frequent collaborator Miranda Lambert. “Polyester” is now available on all streaming platforms and digital retailers as well as on Sirius/XM’s “The Highway.” Get “Polyester” HERE. Additionally, GRAMMY-nominated Dierks Bentley is featured on the second focus track, “Blazer,” which will be released to streaming partners on November 13. The project also features The Black Keys’ Patrick Carney as a songwriter and producer, The Highwomen’s Natalie Hemby and rising country artist Jackson Dean.

“This soundtrack is directly inspired by the lives and characters in my documentary,” said Luke. “For over 10 years, I interviewed my mother, fathers, dancers, musicians, cops and even some ghosts about the infamous Oklahoma City topless bar. They worked there, led their young lives there and most of them lived to tell the tale. I’m forever thankful to those who shared their memories, as it is somewhat of an origin story for me.”

He continued, “It’s been a long, long road for all these songs to travel. The concepts for the songs originated through so many personal experiences – through lives and hearts – and come out the other side of my weird brain. I am extremely proud of every single note of this music. The record reflects the history of real people, wrapped up in backbeats and ballads, presented through swagger and sadness. On top of it all, it encapsulates joy, pain, hope and laughter.”

5 – Got An Average (Interlude)

***REVIEW COPIES OF THE SOUNDTRACK AVAILABLE UPON REQUEST***